Hunger Games through the Ages Wiki
Register
Don't have an account?
Sign In
Advertisement
in: Districts, District 8

"From the simple, lovely fabrics of the districts to the beautiful brocades favored in the Capitol, District 8 makes it all."

District 8 creates and manufactures textiles. They create the crazy Capitol outfits and the Peacekeeper outfits. They have many factories and the land has little vegetation. 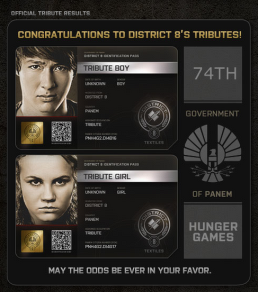