Hunger Games through the Ages Wiki
Register
Don't have an account?
Sign In
Advertisement
in: Districts, District 6

"Our hovercraft, our high-speed trains, and our cargo trains come to us from District 6. Ironically, the citizens here have little love for travel."

District 6's industry is transportation. They make automobile, trains, bicycles, and even the hovercraft. Most transportation devices get sent to the Capitol but some make it to the Districts. 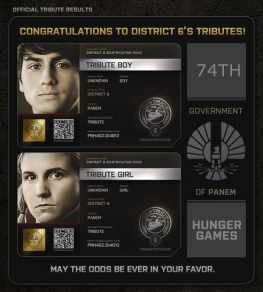