Hunger Games through the Ages Wiki
Register
Don't have an account?
Sign In
Advertisement
in: Districts, District 2, Career

"Our nation would be nothing without District 2's superb stonework. It builds and fortifies our cities, and its citizens are known individually for their strength."

District 2 is responsible for mining stone to build the large amount of buildings in the country of Panem. They also manufacture tools and weapons for the use of in the districts and for the Hunger Games. 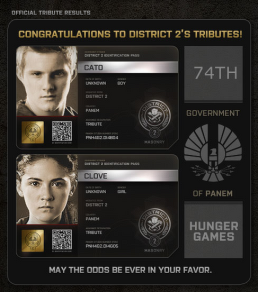